Mood: In want of a soft serve icecream...

Welcome to my first blog of 2023! Welcome to the year of the rabbit! I… Don’t have all that much to report this week haha. This week has been very quiet as I’ve waited for the holiday season to end. It's also been incredibly hot and humid

. I did go out once to purchase some ribbon to finish the baby dress I was working on… Only to get home and realize I forgot to buy a zipper

. Massive huge giga giant brain in action here. So I worked on the dress until I couldn’t anymore. It looks so cute. Oh my goodness. I’m so excited to give it to my friend so his baby can wear it and I can take lots of pictures!!!

While I was out this week I spotted one single op shop open!! So of course I went in and picked up the most beautiful set of 6 of these little glasses! I just fell in love. The garden and the doves and the lady oh my gosh. In the photo here I was drinking white sparkling grape juice. I also picked up some pink sparkling grape juice but it’s sooo carbonated! Gross! It actually gave me a sore tummy

. I couldn’t stop burping after I had a glass.

If I got it again I’d open the bottle and leave it open for a day or two so it could go flat.

I also did my first art trade in years this week!!! I did an art trade with Lambuui and they did the most adorable drawing of my persona. Ahhh it’s so cute. I wouldn’t mind doing some more art trades. I’m also still on the lookout for a kawaii chibi pixel artist to do some chibis for me to turn into cross stitches! I ordered some plastic aida today so that I can do cross stitch keychains. I really want to commission a chibi pixel of Devilman Satan curled up in a ball and covering himself with his wings. I think that would make the most adorable keychain for my phone. Maybe a Cardcaptor Sakura one? Or a flip flappers one? I also wanna use the plastic aida to try making badges and rings for lolita. I think like a cross stitch cake would make such a cute ring.

Next (or I guess I should say this) week I’m going to a lolita meet at the zoo! I’m very excited, it’s been ages since I went to the zoo. I’ve already planned out my coord. I’m going to wear my Cotton Candy Shoppe salopette with my new rainbow sketchers sneakers. Super casual as it’s gonna be a day of walking. And it’ll probably be super hot. Hopefully it won’t rain though, fingers crossed!!! I’ll be driving down with my friend Brianna once again. And I’ll be bringing my camera so I can take lots of photos! Later in the week, or maybe next week I’ll be going to a BBQ to meet my friend’s baby finally! This is the baby that the dress is for. That’s why I gotta get it done haha. I’m going to be baking a strawberry cake again for it

. I want to use the fancy marmalade I made last year on it. My strawberry patch is doing so well!

The berries are so rich and juicy and there are so many so I want to share them. Maybe if I get time I’ll make some chocolate dipped strawberries to bring to the zoo to have as part of lunch… 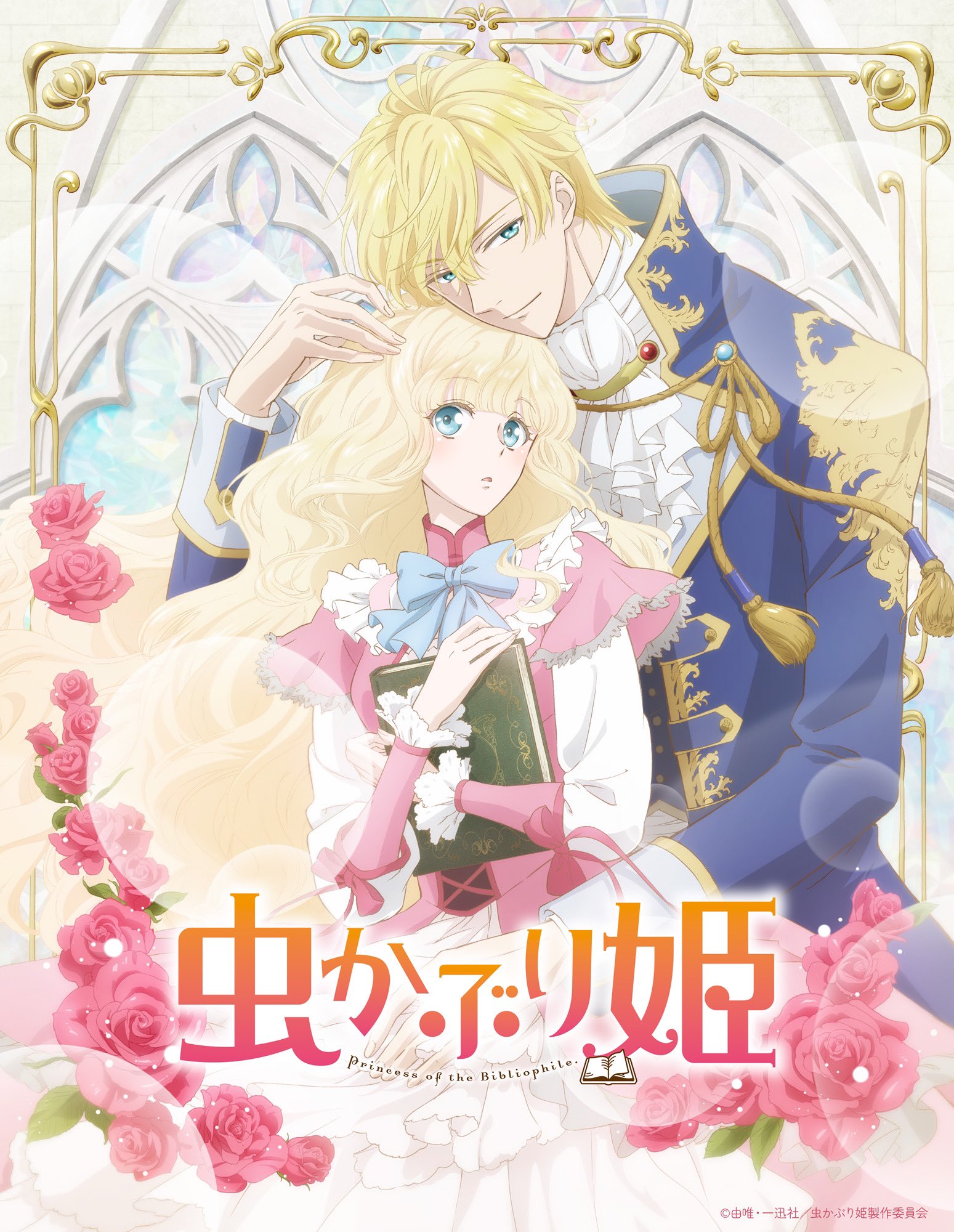 As always I gotta end my blog with my week in media! This week I binged all of Bibliophile Princess in a single sitting! It was super cute. I really like the prince. I think needy anime guys like that are really cute. The art was adorable too. I’m looking forward to watching Buddy Daddies and Sugar Apple Fairy Tale this season

(though I’m so bad at watching seasonal anime I’ll probably only get around to them in a few seasons time omg). I still haven’t watched Akiba Maid Wars!!! I’m so bad. I spent New Years Eve watching Tropical Rouge Precure! I’m almost finished it finallyyyy. It’s so good. Recently I’ve been having the urge to rewatch Cardcaptor Sakura. Maybe I should do a few episodes. Not the whole thing though.

I also played two more routes of Slow Damage! Both of Taku’s endings and Madarame’s good end (haven’t got onto his bad one yet)

. I liked Taku’s, it was very sweet. I wasn’t suuuper into Madarame’s. I’m just not onto the possessive abusive ex boyfriend thing

. Like there’s different kinds of possessive you can get in an anime boy, like,, horrific and wholesome (but just like slightly fucked up) and I’d much rather Taku’s wholesome type than whatever Madarame’s got going on (not the type of possessive in Taku’s bad end tho adfjhvasdfhjb). I did really really enjoy learning more about Towa’s past in Madarame’s route tho and the collar stuff was kinda hot I won’t lie man has taste

. Rei is still my favourite tho. Best boy. Wanna smooch 11/10. Love a mum friend. I also really love Eiji because he is fucking insane. I also have grown to really love Towa himself. He's so pathetic. Gotta love that in a man. Dude is an eternal teenager. Playing Slow Damage has actually made me want to try painting again! I’ve been… Resisting the urge to order the Towa nendoroid. Not until I finish the game!!! I’ll likely finish it this week. Will I play another one after this? Maybe! Depends if I still have the time

. I have sewing I need to do and I really really need to get onto repainting my bed.

Well that’s me for the week!
Until next time!